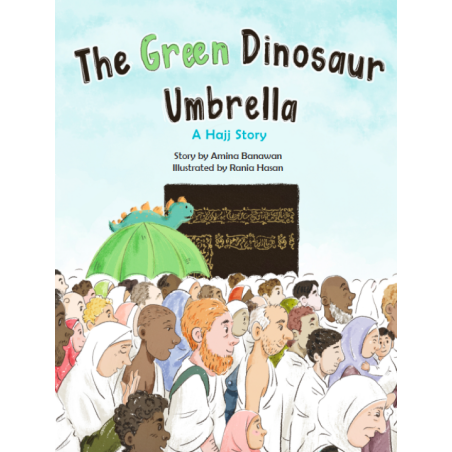 In this beautifully illustrated, whimsical story, a green dinosaur umbrella travels to Makkah and exchanges hands, helping pilgrims along their journey of Hajj.

Ibhrahim (teenage boy) buys an umbrella to take to hajj [does Tawaf and drinks Zamzam]. Then the umbrella gets handed to an old man [takes it to Mina/prays at Arafah], the group leader [travels to Jabal Ar- Rahma, picks up pebbles at Muzdalifah, stays the night at Muzdalifah], to a woman with a little baby [throws pebbles at Jamarat, return to Mina], to a little girl as an Eid gift, [does Sa’ee in Masjid Al Haram], and back to Ibrahim [Farewell Tawaf].

It’s a story about kindness and spreading kindness, and teaches kids to think of others. “He/She needs it more than I do” is such a beautiful thought to talk to your kids about. And it just happens to include the “backdrop” of Hajj which is an added bonus really. Each character with the umbrella does one of the rites of Hajj and can be talked about in more detail. Its not a “how to” instructional book on Hajj but a FUN (yet “educational”) story that would make a great addition to every Hajj Basket/Unit. 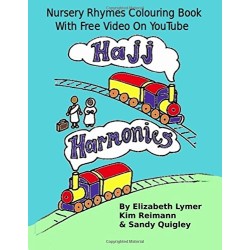 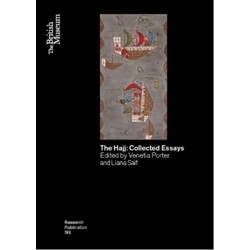 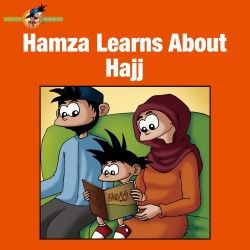 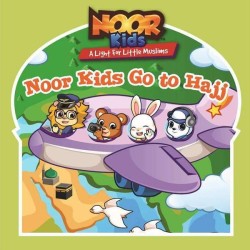 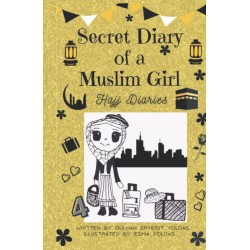 Secret Diary of a Muslim... 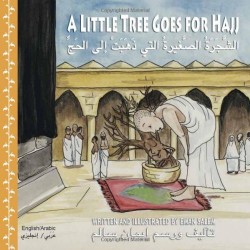 A little tree goes for Hajj 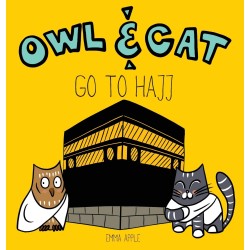 I went for Hajj